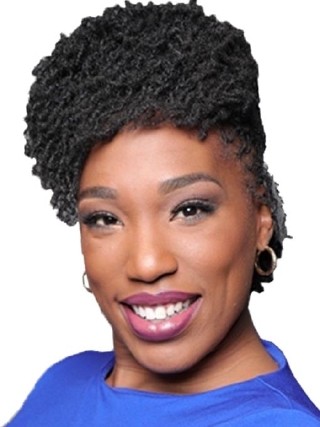 Leah Uko is the co-anchor of Good Morning Charleston and can be seen weekday mornings from 4:30 a.m. to 7 a.m.

Leah joins ABC News 4 from Los Angeles, California, where she was a reporter and fill-in weather anchor at KTTV, the FOX affiliate in LA where she was born and raised. During her time in LA, her home city, Leah covered breaking news including the Thomas, Woolsey and Saddleridge fires that destroyed tens of thousands of acres and homes. She also interviewed Senator Holly J. Mitchell prior to the passing of the historical CROWN Act, which made it illegal to discriminate against people who wear their hair in natural styles, including locks, braids and twists.

Leah is most known for her Emmy-nominated coverage of the life, then death of rapper Nipsey Hussle, which captivated audiences around the world.

Leah earned her Bachelor of Arts degree in Interdisciplinary Studies with a minor in Journalism from University of California, Riverside.

She is a member of the National Association of Black Journalists (NABJ), Sigma Gamma Rho Sorority, Incorporated and is a competitive figure bodybuilder with the National Physique Committee (NPC). During her free time, Leah likes to exercise, go to the movies and explore her new home. Leah loves social media. Connect with her on Twitter, Facebook and Instagram.