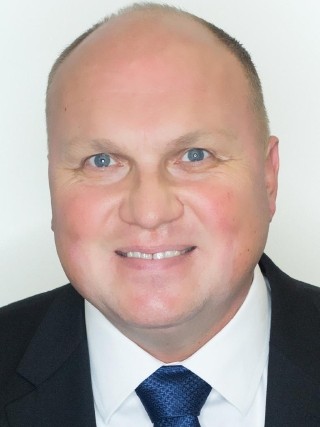 Trooper Bob was born in a refugee camp in Baden, Austria after his parents escaped from Hungary. His family came to the United States with just $500 and made the town of Fairfield, Connecticut home.

Trooper Bob is a veteran of the U.S Navy. He enlisted after graduating from high school. During his four year enlistment, he served in Operation Desert Storm and Operation Desert Shield. While serving on USS Mount Baker, he traveled to Spain, Italy, Norway, and Nova Scotia.

In August 1994, he joined the South Carolina Highway Patrol. He was stationed in Dorchester County until 2007 when he became a spokesperson. Bob earned the Trooper of The Year award in 2007 for helping a woman whose home had burned down.

He is probably best known for his clever safety messages on social media. In 2018, he won an Emmy for his Drunk Driving Emoji Public Service Campaign. Commercials aired across South Carolina and the message was on 170 billboards across the state.

In his off time, Bob enjoys spending time with friends and family including his grandson. He loves to volunteer and to help raise money for Special Olympics.